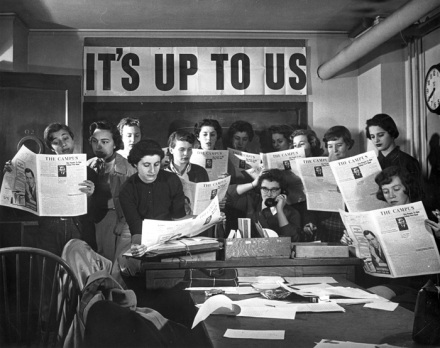 I’ve been reading the Hicks translation of Marcus Aurelius’ Meditations (sold as The Emperor’s Handbook), and there’s a phrase that keeps jumping out at me. Of course, it helps that it was specifically called out in the introduction, but nevertheless, “it’s up to you!” resonates beyond its obvious hokeyness.

There are so many permeations and variations on the phrase, and countless adoptions of it, that at times the simple meaning of it can be lost. I went to an all-boys school for five years as a kid, and our motto was “sua sponte” – “in your hands.” It wasn’t until the last few years that I learned that the Army Rangers have the same motto, only translated more formally as “of their own accord.”

Anyways, I guess what I’m trying to say is that one of what seems to be the big problems in modern society is the total lack of agency, and that Aurelius’ writings remind me of that.

Things suck right now, on a deep, fundamental level (much more on that next week). Between economic malaise and my total, total disillusionment with American politics, I don’t know what I even want to do any longer. But it’s not totally out of our control. It’s up to us in all sorts of ways. We have an entrepreneurial spirit unmatched by few in the world.  And if I can’t find a job, or something meaningful to do, then it’s time to literally make something of, and for, myself.